For today’s Away From the Keyboard segment, we sit down with Indie Developer Tim Murosky while he offers us a deeper insight on the ins and outs of creating a video game. Often while playing video games we rarely take time to think about how much work and effort went into making them so we thank you for sitting down with us and talking about your experience Tim!

SGR- What are the beginning steps to creating a game? Beyond coming up with a name and creating a logo or image for the product, what are the tiny grains of work most video game enthusiast really don’t see?

Tim- The planning stage. One way or another, the game is planned. This requires a lot thought on the developer’s part. What game engine will you use, what are its capabilities? Considering its capabilities, what kind of game could we make?

This usually happens over the course of a few weeks or more, with a team bouncing ideas off each other. In the event you have a solo developer they have to brainstorm alone. This is a difficult task itself, because you only have one point of view to work with (your own).

This leaves you a little bias on the project as a whole, since you have the whole project to develop from the ground up. An extra point of view is a very good thing.

SGR- While passion is most certainly a driven trait to creating games let’s face it, money is important as well. I know this a broad question to ask but ideally what is a typical budget to creating a game..what are some of the expenses that range during production?

Tim- That is actually a great question. Minus the software cost which can easily be calculated, the biggest cost is that of the human factor. For indie developers, as a whole, we have a tough pill to swallow. Maybe once in a while someone with money comes along and can hire you for a fee on some segments of a larger project. But more frequently, you will be working on a revenue share basis… meaning you don’t get paid until there are profits to pay with. 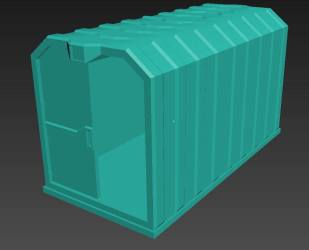 While generally, yes, these offers could net you a big payday on a percentage basis, the game actually has to do very well before it is a significant enough income to live on without a day job. Until that day comes a day job must be worked in addition to the development process you do in your own time.

So the budget will fluctuate greatly depending on whether or not you can get people to work for revenue share.

SGR- What are the “meat and bones” of developing a game from start to finish? From actual development to promotions and getting your game exposure?

Tim- This yet another good question. Building a game is not a small undertaking even for the smallest of games. But there is basically a pipeline from concept to completion. The first part is the concept phase. What kind of game do you or your team want to make? Once you decide that, what is your target market? (Who do you think would play this?) This

question is important not only in the marketing phase but right at the beginning of development. If you are building for kids, you might not want to include gore, or excessive violence. Once you have your target market you can make some design and art style choices. The next major step is deciding on the engine and what type of game you will build. There are multiple engines to use, and based on the direction of the project you pick one. Then you decide on the art style, and if it would be compatible with the game engine you are using. If you choose to build a 2D game for example,you are going to need sprite sheets (single animation frames which are cycled through in the game engine to produce he illusion of movement). If you are making a 3D game you will need to build and texture 3D models and rigged characters  for the game engine to produce a 3D world.

Once you have decided all these things, you have to begin the development phase. This is the part where are the asset production occurs. So if you are going 2D you start drawing pictures, or blocking out the level (this is a collision layer which is generally hidden behind other imagery which the character is programmed to not fall through). After you have all of your assets built, you program the game conditions, and all the mechanics that make the game interactive. You build your game worlds, consider sound (music and special effects noises) and so on. After you have fleshed out your game world, and game mechanics and built everything the way you want it, you get to the

testing phase. This can be difficult. If you are a solo developer, you must trust your own instincts one what should be added and removed, changed or kept. But since you are a lone developer, you might be biased on the project as a whole. Even if you are testing with a small team you might not see the flaws that an outside opinion from a tester might provide.

As you begin the testing phase, generally speaking that is when the marketing begins. This has a whole different set of problems involved than the actual game development.

SGR- What are some of the biggest problems you face developing a game by yourself compared to with a team? I know you mentioned being biased would be a concern but other areas get a bit more challenging without help from others?

Tim- Well the first major thing is the number of tasks involved. As a single developer you have to do it all. Concept art, buy art, make art, choose the game engine, the style, do the music or buy the music, put it all together, than code it, and then market it. With a team, you have the opportunity, to spread the responsibilities across a few people. Having specialists that can do other things is more advantageous. For example having someone who is good with 2D art, and concept art is a good thing, alternately maybe someone is good with music, marketing, and 3D modeling. Maybe you have someone who can code, and do some texture work. Anytime you can give a few multiple tasks, and they can accomplish it, the faster things will develop. But sometimes the team has different ideas on the direction and things don’t go together quite as planned.