Our Interview With Gamers Pantheon 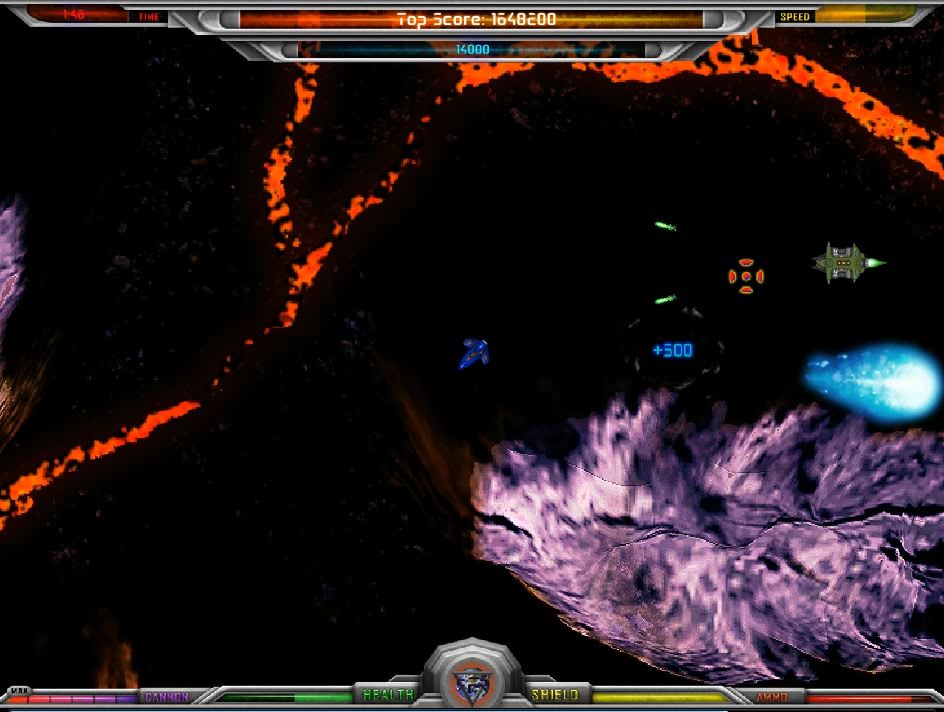 developers who together presents Red Falcon Run, a free to play cash prize game
tournament that pushes your skills at rail shooters to maximum overdrive. Built like an old school top down arcade style rail shooter, Red Falcon Run offers two different modes for players to choose from: Practice and Compete giving top-tier players and even players of all skill  an opportunity at the bi-weekly cash prize. Today we sit down with Tim Murosky, Game Director/Owner of Mabus Games, LLC. to talk more about his game and company.

GP- How did Mabus Games originate? What motivated you to go in the direction of a Top Down Arcade Rail Shooter?

Tim-  Mabus Games originated the moment I realized, I was either going to have to look for a job, which meant moving somewhere, or start my own business. I had looked into a lot of game studios but being fresh from college I did not really have any developed titles under my belt, and most of the companies I would go and work for, it was likely that there were other candidates more qualified for the job than I was. Some places would have required an internship, but since my education was all online and nowhere near a game company, an internship was just not an option. Then I started looking into the indie game development scene, and realized a lot of the developers were just people like me. Working for them would mean I would be likely be working for a percentage of revenues. Since that was the case anyway, working for myself seemed like a better option. So I set my mind to making the kind of game I would want to make. A colossal PvP MMORPG. Then I did the

math and figured that would be way too expensive. I had to scale it back to something I could afford to make. So I decided to start building Red Falcon Run. I built the prototype, and did the 2D art (which honestly… 2D artwork is just not my thing). And once it was finished I sat back and looked at it, and realized it was a broken ugly piece of junk. That was when I decided I needed people who had more specialized skills in specific areas. So I went about building a development team, which is easier said than done. Have you ever tried to convince someone to come and work for a percentage of revenues? Whoever said, “When was the last time a poor person ever gave you a job?”… I am right here buddy. Needless to say, it took a while to get the pieces to fall into place.

GP- What would you say were some of the harder parts of creating your game? Was it difficult to translate your idea across your team or did everything come together smoothly?

Tim- Well, creating the game itself was probably more difficult for Contina Scott (the lead programmer for our game) than for me. I had a solid idea of where I wanted it to go, but implementing the ideas was up to Contina. I think the most difficult part for myself was keeping up the lines of communication with the team to keep the project moving forward. Most of us have never met face to face, and everyone on the team lives in a different part of the country, and in different time zones. So nobody was working on the same schedule. That being said, the game build itself was easy enough to do. The hard part was coding the website and getting everything working between the site and the game.

Translating the game idea to the team was not too difficult. I had already built the prototype, but I am not a 2D artist, or a coder. So, the game was not very pretty, and it did not possess the functionality I wanted. But, I knew what to ask for, and we just pieced it together a bit at a time until it was done. So in that respect it came together somewhat smoothly, but it took far longer than expected since we were all working in our spare time.

(the prize must be clearly defined). There must also be a significant barrier to entry and clearly defined rules to determine the winners. You are permitted to charge an entry fee, but a no purchase necessary option must be available. All competitors must also have the same playing field to compete on. Every pool table is more or less the same, as are bowling lanes, dartboards, horseshoe pits… the list goes on. In the case of Red Falcon Run, our bi-weekly tournament offers our PC players a $50 bi-weekly minimum prize that increases by $0.50 if players decide to buy more tournament credits. We also offer newly registered players 4 free credits when they register, and all registered players get 1 free credit every week to compete. Our significant barrier to entry at this point is technological due to a growing mobile market, geographical due to laws regarding games of skill, and also the skill factor itself.

We do make sure to give all players (registered for the tournament or not) the option to play practice mode for free so they can brush up on their skills. All that is required in that case is to register a practice mode profile, which is just a unique username and password. Aside from that there is no other information collected to play practice mode.

GP- What inspired your theme for Red Falcon Run? What future maps can we possibly look forward too? Any other special ideas or potential changes we can see to it in the time to come?

Tim- Red Falcon Run was definitely inspired by the older arcade games, the ones where the sadist developers were actually trying to actively kill the player, and the player had to live long enough to get the highest score. It had always bothered me when I did get the high score on an arcade game, that was it… no prize, no fanfare… nothing. All I got to do was type 3 letters into the scoreboard. So why not change that? Why not give the players who win in the top 3 a prize, and some fanfare. I figured the reason they didn’t do that in an arcade was because they did not really have an accurate way to track players, or draw enough people in to make it worth it.

I am considering changing the maps to give it a bit more variety and keep the players on their toes. However, I would like to wait a bit until players are accustomed to the game mechanics before I spring any more surprises on them.

One change I would like to do is take the game to mobile. But, that could be a potential double-edged sword. If I open the tournament up to mobile players, it is true that I could a flood of new players, but every new player would increase the rank of the players, and reduce the likelihood of being a winner due to the sheer number of opponents. So a technological barrier to entry seems like it might be the best option. Plus, let’s face it, putting a PC player up against a mobile player in the same tournament is just not fair… for the mobile players. All players should have to use exactly the same tools to compete with each other for a cash prize tournament. If you are in a dart tournament one player does not get to stand closer to the board.

GP- What type of process is it to make a game go from computer to mobile? Is there any noticeable changes to the graphics or gameplay?

Tim- It depends on the game really,  we would have to rebuild the UI, I assume and then figure out how to make it function. Well, we have to take the game as it is, and overlay some kind of navigation system for the steering, we could change the aim cursor to a tap function so the bullet will fire from the point of origin (the ship) to where ever was tapped as the projectile direction, then for the shields I think tapping the ship would be good, but there is a whole lot of math involved to keep everything working right, the graphics would not have to change much.

If anything we just redesign the UI, and change the layout plus add a direction icon in the lower left corner (like the D-Pad on any game controller)

Tim- Well, I would hope to get Red Falcon Run earning enough money that we can use it to fund future projects where I could get my team paid enough to not have to work day jobs. That is my first goal. I don’t really want to get investors involved. Beyond that, I just want to provide my team with jobs in the industry. So getting at least a few launched games under our belts would be a good accomplishment in my opinion.

I plan to move into 3D development as soon as it is financially possible. 3D games take way more time to develop, and more manpower than our small team has. But that would allow

me to be more of a help in developing game assets, than working purely in team management as I am doing for the Red Falcon Run project. I am not too hung up on what kind of games I would like to make, but a player vs. player MMORPG sounds like a fun (nerve-racking, headache filled, and extremely difficult) idea. But I would not be opposed to a First Person Shooter, or Third Person Action/Adventure game (which is also difficult to pull off).

To test your skill be sure to hop over to https://www.redfalconrun.com/ and see how you rank up!
Mabus Games and their over the top blast with Red Falcon Run

8 thoughts on “Our Interview With Gamers Pantheon”